The 8 worst foods for your brain 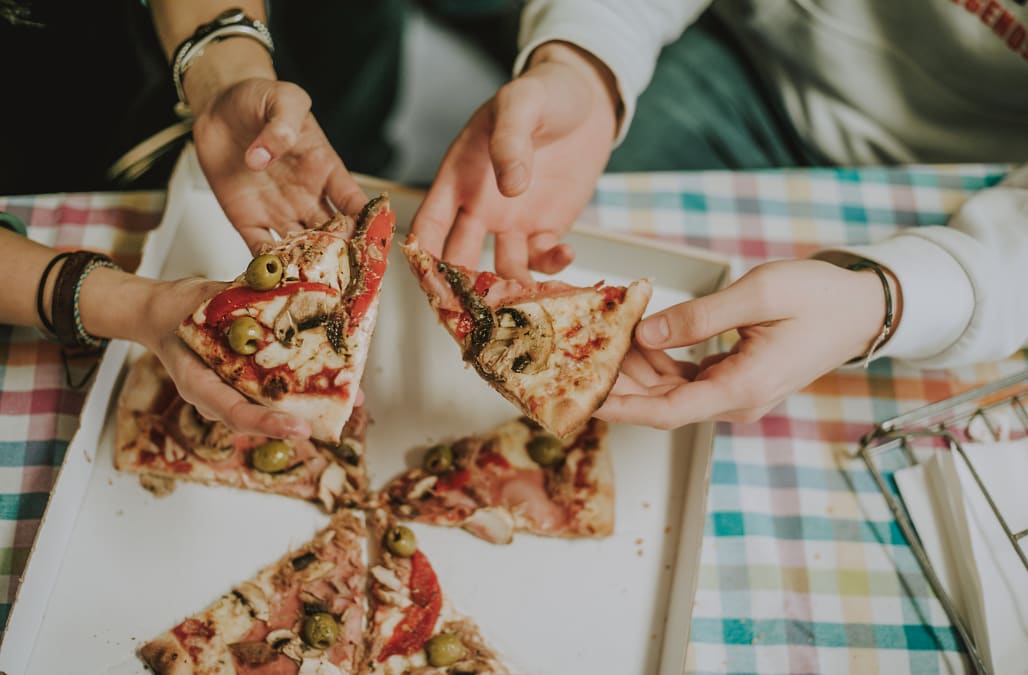 Bad foods for your brain

Following a healthy diet is essential to maintaining optimal brain health. Dark chocolate, avocados, and fatty fish; bone broth, berries, and broccoli—they’re all brain-boosting superstars. But there are plenty of foods that have the opposite effect and can sap your smarts, affecting your memory and mood. Therefore, it’s important to identify these foods and cut them from your diet to mitigate their effects. Here are the eight worst foods that harm the brain.

Fried chicken and French fries won’t just widen your waistline; they can also be bad for your brain. In a study, published in 2016 in the Journal of Nutritional Science, people who ate diets high in fried foods scored poorly on cognitive tests that evaluated learning, memory, and brain function. Conversely, those who ate more plant-based foods scored higher.

“Scientists think it may have something to do with inflammation and reduction in brain tissue size,” says Kristin Kirkpatrick, RDN, in Denver, and co-author of Skinny Liver. “When you look at aspects of one of the great brain studies—the MIND diet—it clearly shows which foods may cause or reduce inflammation in the brain. Fried foods are on the ‘No’ list. On the ‘Yes’ list are berries, olive oil, whole grains, and omega 3.”

You probably know to stay away from soft drinks. But you should also beware of fruit juice, energy drinks, and sweet tea. Why, you ask? The same reason soda is among the bad foods for your brain: sugar.

“High amounts of sugars cause neurological damage” because they trigger inflammation, says Wesley Delbridge, RDN and spokesperson for the Academy of Nutrition and Dietetics.

A study published in 2017 in Alzheimer’s & Dementia backs that up. Researchers found that people who regularly consume sugary drinks are more likely to have poorer memory, smaller overall brain volume, and a significantly smaller hippocampus—the part of the brain important for learning and memory—than those who don’t. Skip the sugar-sweetened beverages. Instead of fruit juice or sweet tea, try sweetening water or tea with slices of oranges, lemons, or limes.

White rice, white bread, white pasta, and other processed foods with a high glycemic index don’t just cause major spikes in blood sugar, they also rank with the bad foods for your brain. Specifically, these foods can have a negative effect on your mental health.

A study, published in 2015 in The American Journal of Clinical Nutrition,  found that foods with a high glycemic index can raise the risk of depression in post-menopausal women. Women who ate more lactose, fiber, fruit, and vegetables, on the other hand, showed a significant decrease in symptoms of depression.

Swap the white carbs for complex carbs like whole wheat bread, brown rice, quinoa, barley, and farro. All of these contain fiber, which nurtures your gut bacteria and regulates inflammation—all good things for your brain health.

While the occasional tuna sandwich is no big deal, you might want to think twice before making it your go-to lunch. That’s because tuna—as well as swordfish, shark, king mackerel, and tilefish—has higher levels of mercury than many other types of seafood. And a study published in Integrative Medicine, shows that people with high levels of the heavy metal in their bloodstream had a 5 percent drop in cognitive function.

But you don’t have to banish seafood from your plate forever. “Consume higher mercury fish no more than once a week—preferably no more than twice a month—keeping in mind that the oldest and largest fish in the sea have the most mercury,” says Kirkpatrick. “Instead, swap for omega-3-rich sources such as wild salmon and lake trout, which have been associated with better brain health.”

There is a sweet spot for alcohol consumption, according to David Perlmutter, MD, a board-certified neurologist and author of Grain Brain: The Surprising Truth about Wheat, Carbs, and Sugar—Your Brain’s Silent Killers. While the occasional glass of red wine can actually be healthy, drinking in excess can be toxic to your brain function, no matter your age. Research, including a study published in 2017 in BMJ, found that moderate drinking—defined by the researchers as about one to three drinks per day—can damage the brain. The hippocampus is particularly vulnerable.

To protect your brain, limit alcohol consumption to no more than one drink per day (for women) or two per day (for men). According to the Dietary Guidelines for Americans, one drink equals 12 ounces of regular beer, five ounces of wine, or 1.5 ounces of 80 proof distilled spirits.

Instead of a sugar-sweetened beverage, maybe you turn to the occasional diet soda. But make a habit of it and you could be upping your risk of dementia and stroke, suggests a study published in 2017 in Stroke. Researchers found that participants who drank diet soda daily were almost three times as likely to have a stroke or develop dementia when compared to those who didn’t.

“We seek out diet soda for its sweet delivery of liquid,” says Kirkpatrick. “That sweet taste remains on our taste buds, making us crave more.”

To kick the habit, she suggests going cold turkey. “Eliminate all sources of sweet from the taste buds to retrain the brain not to want it in the first place,” she says. “Sprucing up water with lemons, limes, or berries, or having flavored seltzer without added sugar can help, as well.”

If you like to eat processed meats, you may run a greater risk of developing dementia, suggests an April 2020 study published in Neurology. Although the study does not prove cause and effect, the researchers found that dementia was more common among participants who ate highly processed meats, such as sausages, cured meats, and pâté. People without dementia were more likely to eat a diverse diet that included fruits, vegetables, seafood, and poultry, according to the findings.

“Though the data on saturated fat is mixed, highly processed food is another story and most likely the primary cause for (these) results,” says Kirkpatrick, adding that the results are likely “linked to reductions in brain tissue size and inflammation, which impacts brain health.”

For starters, the high levels of saturated fat found in greasy burgers and fries can make it harder to fight off Alzheimer’s-causing plaque. Plus, the level of sodium found in the average fast-food fix can cause brain fog. How so?  High blood pressure, often brought on by eating too many salty foods, can restrict blood to the brain and negatively impair focus, organizational skills, and memory, suggests a review of studies, published in 2016 in Hypertension.

To break a fast food habit, Kirkpatrick suggests this trick: “Start with altering what you order,” she says. “Avoid fried options and opt for more whole grains and plants. Then change the number of days you go (for fast food) by half.”

The post The 8 Worst Foods for Your Brain appeared first on The Healthy.

More from The Healthy:

How does COVID-19 spread differently than the flu?

How to protect your health by strengthening your immune system

Try this 'hypertrophy' workout to build muscle and tone

Try this 'hypertrophy' workout to build muscle and tone

This Full-Body 30-Minute Workout That Hits Every Muscle