The Los Angeles Lakers will work out a new batch of prospects ahead of the NBA draft, the team announced.

Los Angeles currently holds the No. 22 overall pick in the draft, and among the players in this group, Todd is the most likely to go the highest as a possible late first-round or second-round pick.

Hurt, 6’9″, has a chance to get selected later in the second round. He played two seasons with Duke and improved with more minutes and a larger role.

Smart has steadily increased his 3-point percentage every season with the volume also soaring, which is a good sign for him if he can translate it to the NBA level.

McLaughlin, 6’4″ guard, played five seasons of collegiate basketball, but his second season with Oregon State lasted only six games. He moved to UCSB and most recently put up 16.0 points, 5.2 assists and 3.5 rebounds while shooting 48.8 percent overall on 10.9 attempts and 40.8 percent from the perimeter on 4.0 attempts.

Trice, 6’0″ guard, is one of the oldest prospects in the draft; he turned 25 in May. His sophomore season with Wisconsin was cut short, so he had the chance to play another full season. Trice recently averaged 13.9 points, 4.0 assists and 3.4 rebounds while converting on 41 percent of his shots on 11.1 attempts and 37.3 percent from deep on 5.4 attempts.

The common skill shared by all players in this pool is their 3-point shooting. Todd’s potential is intriguing as a floor-spacer of his size, but he has plenty of skills to refine at the NBA level. Hurt’s size and knock-down shooting prowess make him a coveted pick in the second round, but since the Lakers don’t have any more picks after No. 22, it would be difficult to land him.

Smart, Schakel, McLaughlin and Trice could all be options for L.A. for the South Bay Lakers G League team or the Summer League squad. 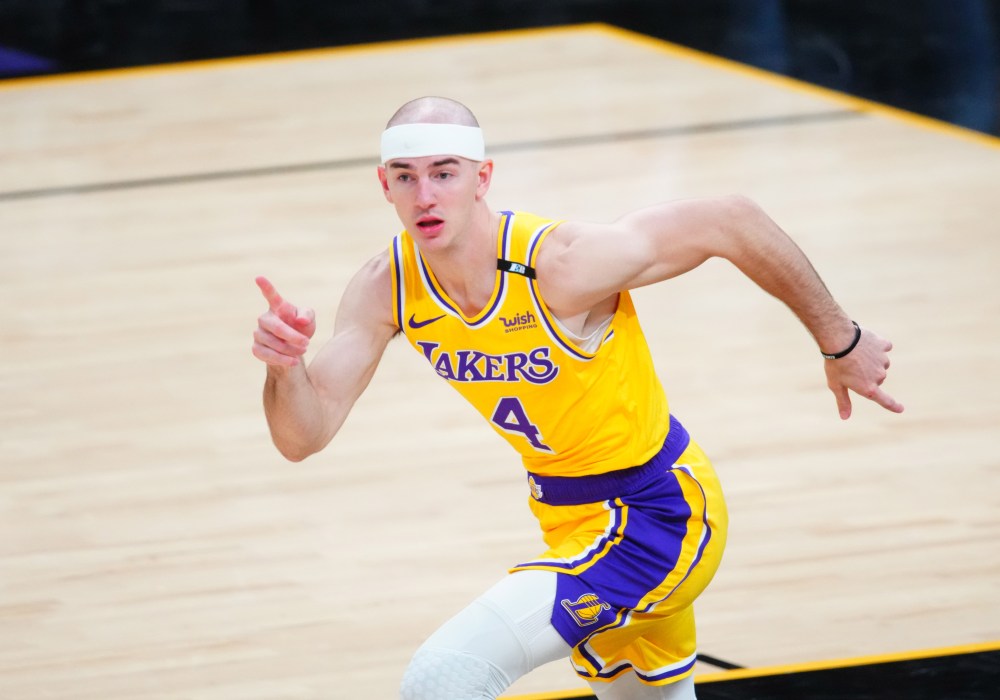